What a strange newsweek it’s been in the coffee world. The best way to characterize it?: What’s old is suddenly new again.

Tuesday we had Starbucks’ latest cry for attention/help/suicide prevention with their mysterious “04.08.08”-on-a-lame-paper-cup campaign. Essentially, the publicity stunt announced the launch of their “new” Pike Place Roast and a “new” return to the old brown-and-white mermaid branding. Yet Starbucks’ Pike Place Roast is something that at least Seattle-area residents have been familiar with for years already, and their “new” branding campaign just underscores the delusions CEO Howard Schultz is having about turning back the clock — making him coffee’s Norma Desmond. (A much better Starbucks post this week also came from the past: the opening of the first Starbucks.)

Then in London on Wednesday, the ever-tiresome kopi luwak story again reared it’s ugly, old head, and hundreds of newspaper editors and bloggers fawned and giggled over it like they just discovered flatulence. What kind of a rock do you have to be living under to miss the first 37,000 times the story of this “new” coffee novelty gag was exhumed over the past ten years on the Internet? Odds are that it hasn’t yet dawned on these people that the 41st and the 43rd American presidents are actually different George Bushes who invaded Iraq. But we can almost forgive these waves of sophomoric, scatological snickers when compared with David Cooper at Peter Jones, who decided to brew Jamaican Blue Mountain as an espresso — which is a bit like driving a Lamborghini in an off-road 4×4 rally.

Not to be outdone, today McDonald’s announced “free latte Fridays” in Western Washington state. After nearly seven years of unqualified U.S. failures, McDonald’s is still trying to convince us that their McCafé concept is “new” and going to rock the world of “unsnobby” espresso lovers across the country.

So what to post this week that wasn’t some gimmick or publicity stunt retread? How about something truly new to discuss: the coffee scene in Kiev, Ukraine: UNIAN – ”Coffee mania” floods Kyiv.

The article, from the Ukrainian UNIAN news agency, notes the burgeoning coffee scene in the capital city — where coffee shops in the city center are now as little as 30 meters apart. But reading through their list and description of area coffee shops, we had flashbacks to the coffee house reviews in San Francisco from the late 1980s/early 1990s. Back then, it was enough just to mention that a café offered coffee — the rest was some rant about ambiance, where you could read Kant, and what food was on the menu.

But we suppose even that is cultural progress in a nation’s appreciation for good coffee; things could be a lot worse. Take Vietnam, for example. Today Vietnam’s leading coffee producer and exporter, Vinacafe Bien Hoa, announced that they have made the world’s largest cup of coffee: Vietnam makes world’s largest cup of coffee _English_Xinhua. Said “cup” apparently holds some 3,613 liters of coffee — or the equivalent of one horribly overextracted doppio shot of Vietnamese robusta espresso.

No word yet on whether Howard Schultz, not to be outdone, has purchased this massive cup of coffee for Starbucks’ next publicity stunt. 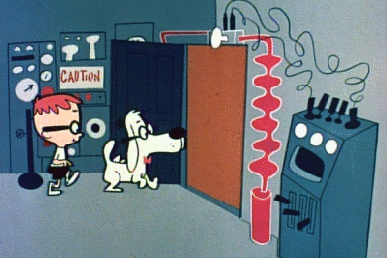 UPDATE: Nov. 25, 2008
In the unclear-on-the-concept category, next month Bien Hoa Vinacoffee will once again pull the “largest cup of coffee in the world” publicity stunt: World’s largest coffee cup comes back for a refill – Vietnam Business Finance. But bizarrely, the cited article quotes the following:

In showing the world its largest cup of coffee, Vinacoffee wants to send a message about the quality and position of Vietnamese coffee, said Nguyen Thanh Tung, the marketing manager of Bien Hoa Vinacoffee.

So Bien Hoa Vinacoffee’s logic here is that they convey a message of “quality” through an obscenely large swimming pool full of coffee. Perhaps the only way to top that is to make it “to-go” in a paper cup.

One Response to “(Old) news of the week; ”Coffee mania” floods Kyiv”

The CoffeeRatings.com blog: Rants and Raves on coffee and, in particular, espresso. In San Francisco -- and the world over.