As I mentioned in a previous post, the 2006 Western Regional Barista Competition was held in Petaluma over this past weekend. Twenty-two baristas from across California and Hawai’i participated in the annual competition — many for their first time. In addition to bringing out some of the best espresso preparation the region has to offer, it was naturally a great social event for many people in the industry to get together, share stories, and do so over some fantastic espresso.

Representing San Francisco in the competition were two baristas each from Café Organica and Ritual Coffee Roasters.

Eton Tsuno, owner of Café Organica, performed early on in the competition (too early for this blogger to arrive at 9:30AM on a Saturday morning in Petaluma, I’m afraid) and didn’t seem too encouraged by his performance. Still, Eton was visibly beaming over the new espresso machine he acquired for Café Organica: a Mirage designed by Kees van der Westen. Kees’ machines are considered some of the most coveted in the industry, and apparently Eton’s new device is currently the lone example in all of California.

Danielle Joray, also of Café Organica (and a former barista at Washington D.C.’s famed Murky Coffee), entered the competition as a first-timer.

Representing Ritual Coffee Roasters was Ryan Brown and Gabriel Boscana. Gabe took second place in the 2005 WRBC, then as a barista at Pacific Bay Coffee in Walnut Creek. (Click here for a PDF of the final scores from last year’s competition.)

Ritual Coffee Roasters also brought quite an entourage to the competition, including co-owners Jeremy Tooker and Eileen Hassi (who also served as a judge … and was one of the friendliest faces at the event). And while Flying Goat Coffee may have printed signs for their cheering section, Ritual’s cheering crew took the prize as the most vocal.

In addition to Flying Goat and Pacific Bay Coffee, the Bay Area was also well-represented by Andy Newbom of Barefoot Roasters, who served as an event emcee (…and boarding house for one of the competitors — among the many he has helped take under his wing). Duane Sorenson of Portland’s Stumptown Coffee Roasters (and supplier to Ritual Coffee Roasters) was in attendance “to support good coffee” — as he put it.

Representation for Southern California came in the form of Coffee Klatch Roasting of San Dimas. Owner, Michael Perry, was in attendance, as was noneother than Heather Perry, the 2003 U.S. barista champion and defending winner of the WRBC.

Just to show how some things can go wrong during the competition, Heather was forced to call a “technical” during her first attempt at a 15-minute presentation. During the prep time at her station, one of the two steam boilers of her La Marzocco ran low on pressure — down to 0.5 bar, versus the 1.0-1.2 bars that are recommended for proper operation. This caused her milk-frothing to go awry. Fortunately she was allowed to start over from the beginning at a later time during the competition.

The event’s lone representative from Hawai’i this year was Chester Huan of the Aloha Center Café. He opted for a full-Hawaiian presentation — down to his choice of the single origin Maui Moka bean for his espresso.

It would have been unusual enough to have witnessed a competitive barista select a single origin bean for their espresso (blends typically offer the range of sensory properties you look for in a full espresso experience). But the Maui Moka bean is legendary among some home roasters — myself among them. What makes this coffee bean particularly legendary is that I, among many others, have presumed that it has been extinct on the market since its last harvested crop from Maui’s Ka’anapali Estate in 2002.

When I mentioned the Maui Moka bean to others at the competition, no one else I talked with had heard of it — making me surmise that if anyone else at the event was also an avid home roaster on the side, they haven’t been at it for that long. For a little background, the Maui Moka bean is derived from Yemeni Cultivar seed stock in the original Arabia Felx, the birthland of all coffee. And it has a few unique properties: one is it’s incredibly small bean size, another is that it produces the most intensely chocolate flavors of any single origin bean I have ever tasted.

In 2002, the Ka’anapali Estate in Maui, where it was grown, succumbed to the bulldozers of progress in the form of condos and real estate development. There were long-standing rumors that James Falconer, formerly of Ka’anapali and now working for Kauai Coffee Company, was on a mission to rescue and revive the bean. But this was the first time I had actually seen or heard proof of it.

The bean isn’t a peaberry, which often look small because they come as two halves. But it is very problematic due to its small size — affecting the overall weight of the harvest and being incompatible with standard commercial roasting equipment. Chester had to pull his shots longer than usual with the bean to balance out its acidity as a single origin espresso.

And the nominations are…

But enough about bean stocks and roasting. This event was about preparation. And Saturday’s showcase was judged down to these six finalists for Sunday’s competition: 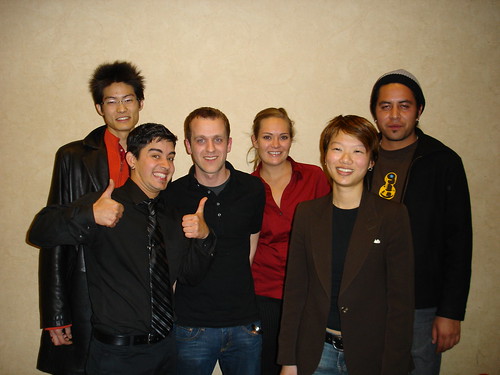 And the awards go to…

OK, so I missed Sunday’s finals. Even I have my limits of coffee geekdom sometimes… life intervenes. But Sunday’s finals competition produced the following award-winners: 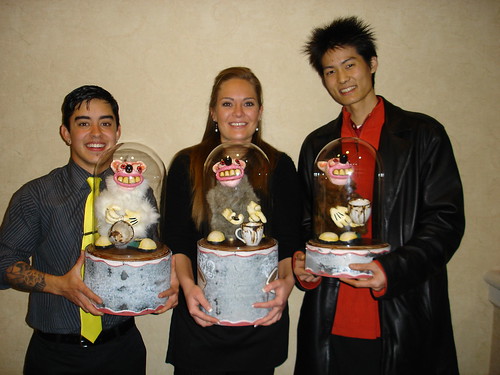 Congratulations to all the winners. Heather demonstrates her competition dominance once again and earns an all-expenses-paid trip to the U.S. Barista Championship held at the SCAA annual conferece in Charlotte, NC next month. Good luck!

As if you haven’t seen enough already, click here for far more event photos … and hope to see you at next year’s WRBC.

The CoffeeRatings.com blog: Rants and Raves on coffee and, in particular, espresso. In San Francisco -- and the world over.